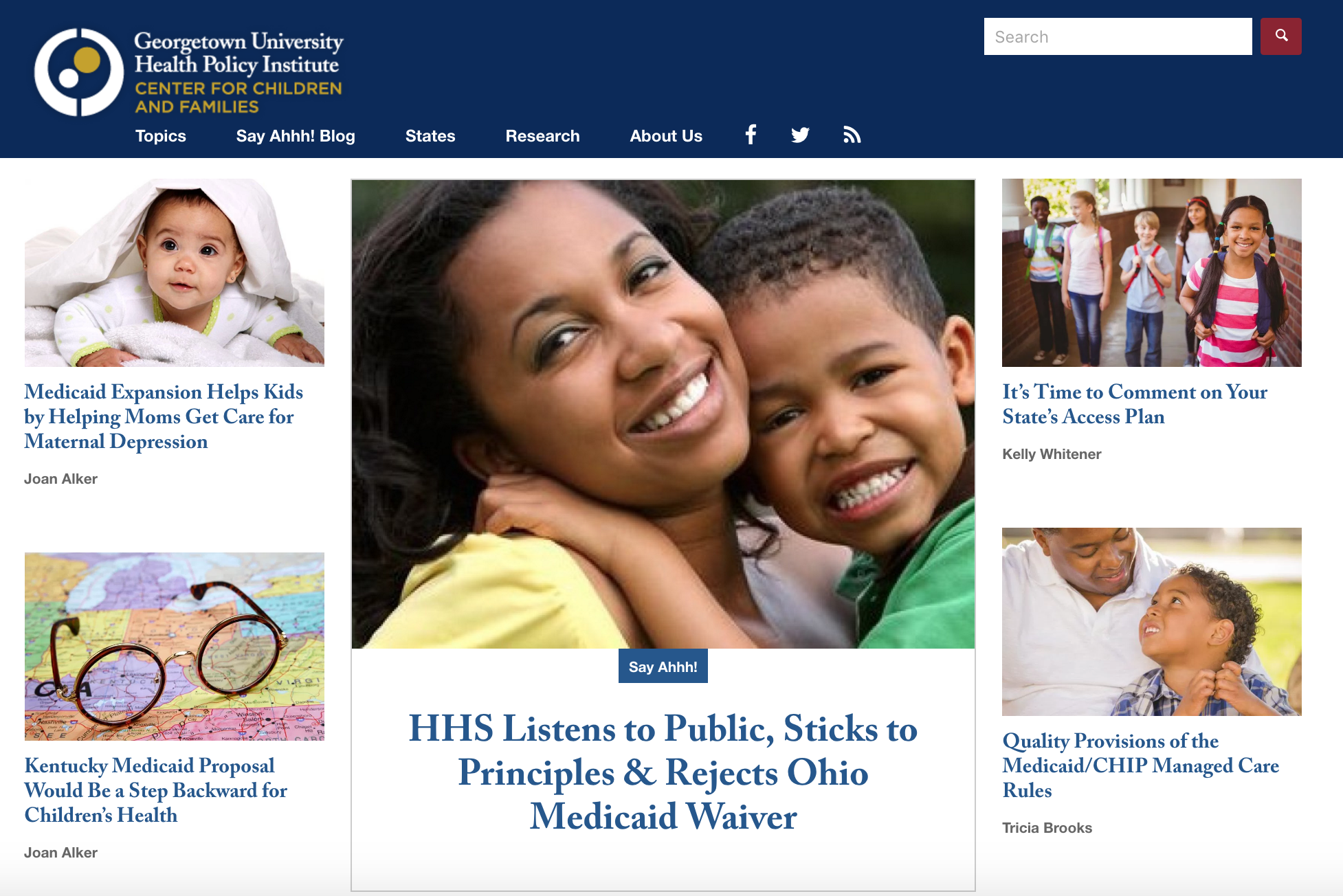 The goal of the site’s redesign was to help Georgetown’s audience quickly find the health policy information they’re seeking, so there was a heavy emphasis on organizing the site structure around terms like Medicaid, CHIP and Emerging Issues. Our team also designed a clean, organized look for their Say Ahhh! blog so readers could easily find recent updates.

CCF’s previous site was difficult to navigate on a mobile device, so the Alley team made a concerted effort to build a smart layout that works for all devices, including desktops, tablets, and mobile phones. The new site is fully responsive, so anyone can read more or discover policy insights from any internet-connected device, no matter where they’re located or what size screen they are using. 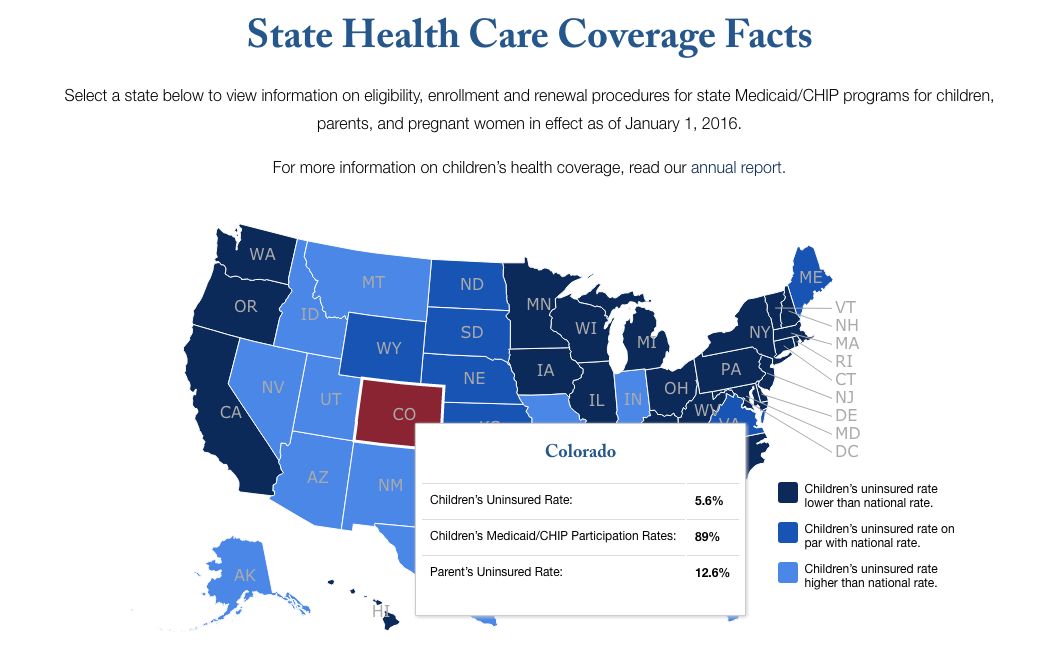 Alley’s Data Science team designed and built a state-based map to visualize facts about health care coverage of children in each state. The interactive map uses a visual categorization system to easily show which states have a higher, on par, or lower rate of uninsured children compared to the national average. If you hover over each state, you can also see specific information about that state’s uninsured rate for both children and parents, as well as the state’s participation rate for Medicaid and CHIP. Data populating this map can easily be updated by the CCF team using the WordPress backend, and the algorithm governing the map has the option to automatically adjust the averages whenever new information is added.

Orson Bradford, of Alley’s Data Science team, notes that the map allows the reader to drill down and discover specific numbers about each state. “The custom map leads the audience to more information on each state detail page. Just click through the map on a particular state, and the resulting page extends and complements the map data by comparing each state’s income eligibility levels to the Federal Poverty Level. The people at Georgetown CCF knew exactly what they wanted to show, so we built the interface to allow them to populate the data and have everything automatically display correctly.”

A Migration Sync Tool for the New York Post – A Spotlight

Since the news cycle never stops, we needed a migration sync tool that would lead to no downtime for The Post staff and visitors.

We’re thrilled to announce our selection as one of the 2021 Quartz Best Companies for Remote Workers. Having been remote since the beginning, we have intentionally and diligently worked for all 11 years of our existence to make Alley an incredible place to work, regardless of our team member’s physical location, and we’re honored to have that work recognized with this award.

For years, Alley has conducted one-on-one, moderated usability tests of our websites— but always with adults. Recently, we conducted a series of testing sessions with children, ages 7-12. To get the best possible answers and responses, we approached our work differently and more creatively. Here, we’ll share tips should you have a project with kids.

How Strong Communities Bolster Journalism and Impact Your Bottom Line

This past year saw subscription-based models for journalism flourish. To ensure this trend continues to grow, media organizations can consider a number of ways to focus on their communities first in 2021. Panelists in this webinar will discuss ways to grow and support a readership community. Many media organizations are recasting the question “How do