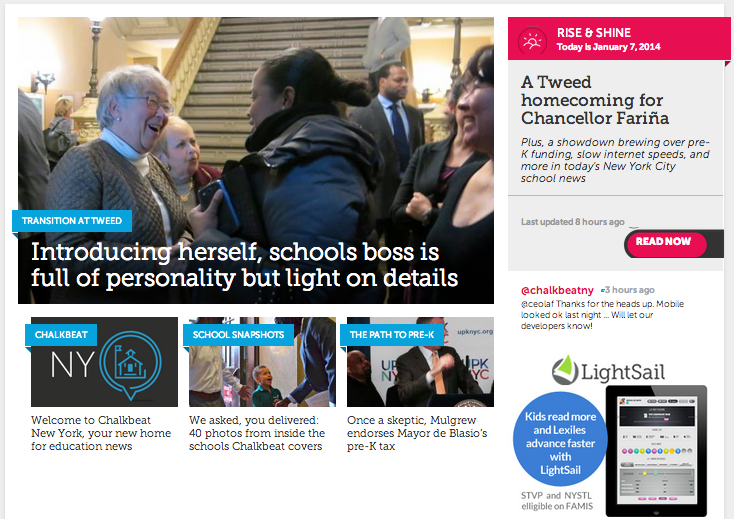 When reporters go the extra mile to expose an issue, how do news organizations ensure that the content and coverage will have the most impact? For Chalkbeat, an exciting new nonprofit news network reporting on educational change, its editorial team needed a site that highlights important stories in the moment, connects readers to sharp reporting and encourages audience engagement.

Chalkbeat was formed when New York-based non-profit news site GothamSchools merged with EdNews Colorado in 2012. The new organization took on top-notch reporters from around the country to provide in-depth, local reporting on pressing issues in the education space. Chalkbeat strives to be model for nonprofit journalism, and is funded by notable foundations, such as the Bill and Melinda Gates Foundation and Knight Foundation. Chalkbeat’s stories are frequently cited in leading outlets, including The Wall Street Journal, The New York Times, and The Washington Post.

Congrats to @elizwgreen and colleagues on the new @Chalkbeat. Great resource on schools in NYC and elsewhere: http://t.co/2jVjQXQGqW.

The team built a number of interesting new features for the sites, including article highlights (summaries of longer stories), backstory sidebars to provide more context to readers, enlarged photos for visual storytelling, social media share button icons, MailChimp integration and prominent promotion for other sites in the Chalkbeat network.

The reporting work of nonprofit journalism institutions must be measured against organizational missions and goals, as well as traffic and financial outcomes. The MORI plugin will provide Chalkbeat with the ability to define goals and measure its organizational success against them on a monthly, yearly and ongoing basis. 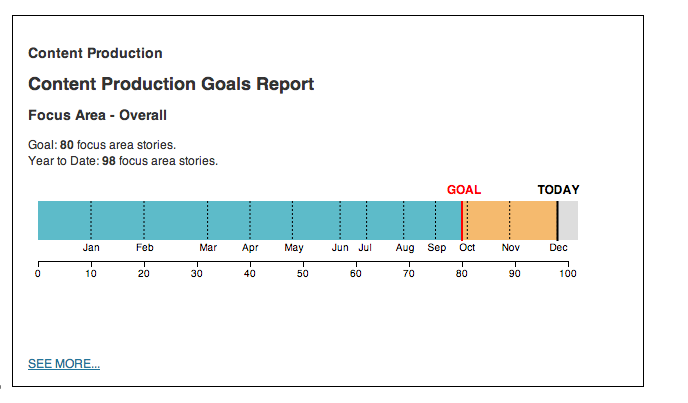 A Migration Sync Tool for the New York Post – A Spotlight

Since the news cycle never stops, we needed a migration sync tool that would lead to no downtime for The Post staff and visitors.

We’re thrilled to announce our selection as one of the 2021 Quartz Best Companies for Remote Workers. Having been remote since the beginning, we have intentionally and diligently worked for all 11 years of our existence to make Alley an incredible place to work, regardless of our team member’s physical location, and we’re honored to have that work recognized with this award.

For years, Alley has conducted one-on-one, moderated usability tests of our websites— but always with adults. Recently, we conducted a series of testing sessions with children, ages 7-12. To get the best possible answers and responses, we approached our work differently and more creatively. Here, we’ll share tips should you have a project with kids.

How Strong Communities Bolster Journalism and Impact Your Bottom Line

This past year saw subscription-based models for journalism flourish. To ensure this trend continues to grow, media organizations can consider a number of ways to focus on their communities first in 2021. Panelists in this webinar will discuss ways to grow and support a readership community. Many media organizations are recasting the question “How do